The collapse of Britishvolt

The final collapse of Britishvolt, the ill-fated battery gigafactory startup, is a lesson in the risks of relying on political support for major projects.

The startup had no technology and no customers, and so looked to government support and financial ‘engineering’ to leverage its way to produce battery cells for the emerging market of electric vehicle manufacturing.

Executives at the startup have blamed the press for the collapse, but it is exactly the lack of engagement with industry and the trade press, and a focus on influencing UK politicians in Westminster, that highlighted the precarious strategy.

The original project was set up in Wales with the support of the Welsh government, which has a history of understanding the importance of an industrial strategy. However it shifted its site to Blyth in Northumberland, a political move to attract funding.

A deal that looked very much like a sale and lease back to capitalise on a factory that didn’t exist didn’t provide the funds, and the drive to create jobs and training also didn’t materialise. But by the time the venture collapsed, it was employing 232 people, a wage bill of well over £10m a year. All of that without a revenue stream in sight. For any experienced investor that rings alarm bells.

Behind the scenes the company was developing its own lithium ion battery technology. Backed by the Advanced Propulsion Centre and its Automotive Transformation Fund saw the development of the first prototype cells to show to potential customers.

“Britishvolt have been operating in a challenging landscape,” said Julian Hetherington, Automotive Transformation Director. “They have produced very credible ‘A’ Samples in volume and got them out to customers. They did that without grant funding, and have also leveraged the excellent UK university capability, and that vital piece of the UK’s ecosystem, UKBIC (UK Battery Industrialisation Centre). The UK environment can support these successes going forward. The technology developed is exciting, and we expect this to be of interest to the sector,” he said.

This is similar to the approach taken by NorthVolt, the Swedish startup which has been developing its own technology, integrating recycled materials into its cells.

NorthVolt however was set up by a former executive of electric car maker Tesla and was careful to bring major car makers onboard as investors. Swedish car maker Volvo was a natural partner, but BMW and VW were also wooed to be part of the project. And financing from the European Investment Bank, with support form the European Commission, was key.

The potential base of customers was more of a challenge. Several reports have highlighted the need for a number of battery gigafactories in the UK to support the production of electric vehicles, especially with plans to stop sale of vehicles with internal combustion engines as early as 2030. However most of these will be produced by companies that already have a supply chain for their batteries.

BMW, which is moving production of its electric Mini from Oxford to continental Europe, has a number of battery suppliers, and is an investor in NorthVolt.

Vauxhall, as part of the PSA Group with Citroen and Peugeot, will be using Verkor. Stellantis will be using ACC. Toyota in Derby is the other major car maker, and has been building its own gigafactories in Japan and the US.

Jaguar Land Rover (JLR) was the main UK-based car maker, but it already has discussions with NorthVolt, Svolt and Envision and a relatively small volume of around 10,000 electric vehicles in 2021 and 2022. Just before the collapse of Britishvolt was announced, Tata, the Indian owner of JLR, announced it would make the batteries in Europe.

The collapse has led those same commentators to say that this leaves just one major battery factory in the UK, the plant being built by AESC Envision to support Nissan in Sunderland. This ignores the developments at AMTE Power, which is converting a smaller plant in Dundee. This has established technology for electric vehicles and existing customers in the storage market.

There is also Williams, newly owned by Australian mining giant Fortescue, which is set to open a battery factory in Oxfordshire in the next few weeks.

Other startups such as InoBat could also set up in the UK, but the lack of a coherent strategy and support is likely to kill that.

Meanwhile the large global battery makers are setting up in Hungary. Samsung led the way, converting a plasma TV factory to batteries back in 2016. Now there is a thriving ecosystem of manufacturing.

The final valuation of company in the last few weeks was just £32m, the exact value the company paid for its German equipment manufacturing subsidiary. Even that wasn’t enough to attract investors for a rescue deal, again showing that value creation hadn’t really happened.

Lessons have already been learned, Italvolt, set up by a former co-founder of Britishvolt, made sure it secured technology and customers through a deal with StoreDot. The deal could well lead to the supply of cells to StoreDot customer Volvo.

All of this highlights the lack of a strategy that takes into account the lack of an open market. Technology and customers are the lifeblood of any startup, as my readers know only too well. Financiers and politicians need to pay attention, and a coherent industrial strategy in the UK is long overdue.

Gartner has released its list of the top ten semiconductor vendors in 2022. Samsung Electronics maintained the top spot although…

The semiconductor downturn will bottom out this year says analyst


The Consumer Electronics Show 2023 last week saw a raft of new chips, company splits and acquisitions and a radical plan to create an ‘app store’ for high performance software in hearables and earphones.


Renesas is taping out a chip using the spiking neural network (SNN) technology developed by Brainchip - read the interview here.
The president of France, Emmanuel Macron, has met the CEO of Tesla to discuss electric vehicles and battery gigafactories. Find out the background to the meeting here.

UK electronics firms are being encouraged not to stockpile components as the chip shortage eases. This stockpiling has driven higher sales revenue in 2022 but promises a problem in 2023. FInd out the details here.
Skills are a vital part of the electronics industry, and Siemens is launching a skills academy that will focus on technical up- and reskilling and is open to external partners. Find out more here 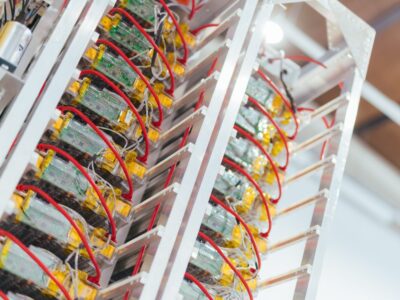