Glasgow-based USB chip designer FTDI is facing a storm of criticism after a new driver was released for its FT232R USB-to-UART bridge chip, but the problem was not with FTDI's chip.

Instead it was with counterfeit devices that people had bought over the Internet thinking they were genuine FTDI parts. The driver did not work with fake chips, effectively "bricking" people's USB interfaces, and highlighting the problem that many embedded chip maker face with counterfeit parts.

FTDI has responded well. "We have temporarily suspended the driver from being downloaded. We will investigate what is happening in the current driver and, in the fullness of time, reinstate the driver download, and if there's something we need to alter in the driver, we will do that," said Gordon Lunn, global customer engineer support manager at FTDI.

He points out that mainstream customers haven't had a problem and that this becomes an opportunity to remove fake devices from the supply chain and replace them with genuine parts. "We want to take the positives from this and work with people that want to buy genuine parts, and we are sorry if we have inconvenienced people who thought they were buying genuine parts, and we'd like to work with people to stop it at the source," he said. "We take each case on an individual basis. If a customer is willing to work with us and help us track down the source, then perhaps we would enter negotiations on a goodwill basis. I can't rule out working with individuals. It has to be considered." 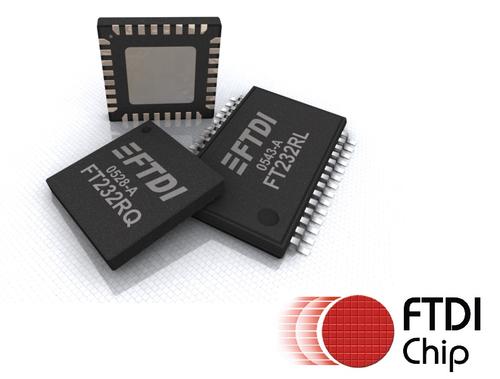 "Ultimately, we are challenging the counterfeiters," Lunn said. "We want to maintain the quality and supply chain. Our distributors all have an investment in FTDI, which we are trying to protect, and we test our parts so that we produce the best output with genuine devices."
The company doesn't want its products to be compatible with "nongenuine devices," he said. "They've not had to invest in IP or driver development. There's no marketing collateral. There's no certification test, so they save a lot of expense." However, the company has specifically said there is no "fake detection" algorithm in the driver.
There is also a potential security issue (highlighted last month at EETimes) with microcontroller-based USB devices being reprogrammed with malware. "Our understanding is we think they are microcontroller based, so they are potentially more vulnerable," Lunn said. "You can't change what a genuine device actually does."
This is also important to FTDI's brand. "The reliability of these unknown devices is also unknown, so you can't guarantee how long they will last," he said. "But people still come back and think it's the FTDI parts failing, so we have to try to weed them out if we can."