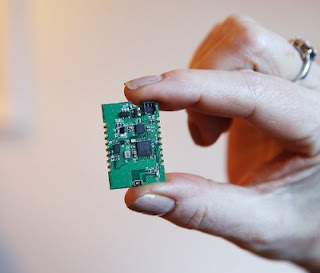 A Swedish startup has raised SEK8m ($900,000) to bring artificial intelligence to nodes in the Internet of Things (IoT).

Imagimob in Stockholm has developed SensorBeat, a patented AI technology that allows for advanced motion recognition on small, low-cost and low-power IoT hardware devices via a Bluetooth Low Energy link to a smartphone or wearable device. The technology can potentially be used in an almost unlimited number of applications in a range of different vertical segments.

Imagimob has currently has over 10 customers, many of them large, international companies.

"Imagimob is a company with leading edge technology and strong customer traction in a very interesting segment of the market," says Fredrik Runnquist, General Partner at Stockholm Business Angels which raised the money."Although Imagimob is still a small company, we believe that the opportunity and business potential for Imagimob is very big"

"The capital raised will give us the possibility to continue to develop the company and to be able to innovate together with our customers," said Anders Hardebring, CEO and Co-Founder at Imagimob.

SensorBeat is available as a software package that can be easily integrated into third party hardware platforms. SensorBeat is fast, accurate and has a very small footprint, which means that it can run on lowcost and low power wearable devices. For OEM devices SensorBeat is a source code / pre-compiled library written in ANSI C.

The SensorBeat API is a software library that goes into a smartphone. The API allows the mobile phone to receive motion data from the hardware device for further action or for visualisation in a mobile app or in the cloud. The API can also be used to update the SensorBeat firmware or to add new, preconfigured motion patterns to the hardware device.