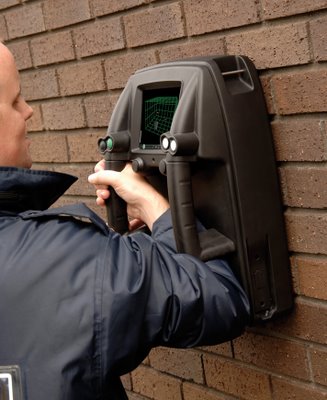 Strange it may seem, but a portable, battery-powered radar system is being commercialised by Cambridge Consultants. The Prism 200 operates up to 20m through walls to show what people are doing the other side, and of course has had great interest from the police, military and the emergency services.
The nice touch is the interface, which strips out reflections and extraneous info to show the 3D movement of the people.
But, I do have to ask, why in the long term surveillance video below does it look like the poor engineers at Cambridge Consultants work in a prison? The public areas of the building are very nice - is this the punishment wing?