iPhone and Apple TV: It's the interface, stupid 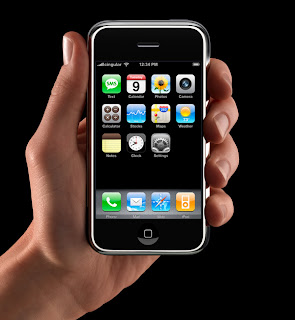 Paraphrasing a US politician is dodgy, but the key to yesterday's announcements of the iPhone (trademark by Cisco who is now suing Apple over the name!) and Apple TV (iTV is already too generic!) is the interface, just like the original Macintosh.
The ARM-based iPhone has a couple of great looks, but the feature that will carry through to almost all will be the 'pinch' - using a touch screen and 'pinching' image or text to make it bigger or smaller. More intuitive than the mouse! You can see it on video at CNET here.
The sensors are great as well - an accelerometer to tell whether the unit is landscape or portrait, and a proximity sensor to shut it down when it's flat. there is speculation that the main system chips come from Infineon and Samsung, but that is not yet confirmed.
My only worry is it will have the battery life of an iPod and have to be charged each day, especially as it runs the OSX operating system!
But the long, long awaited iPhone has overshadowed the Apple TV (on CNET here). This is a 720p HD 40Gbyte PVR system with Internet connection and WiFi (easily linked securely to a portable Mac, of course, and probably NOT to a PC!)
Again, it is the interface that makes it, and something like that will be used in all coming PVRs to replace the clunky interfaces that are used today. That will really drive the digital TV market. But the link to iTunes and to movies off iTunes is key, and really starts to make IPTV work.
Two quibbles - it will have to support 1080i for the rest of the world and HD ready sets, but that can come later. And it uses an Intel processor running OSX again! That's why it's only 720p, but gives Intel that much desired entrance to the consumer market. Unfortunately that will keep the price up (at $299 for a 40G PVR) as Intel cannot compete with the dedicated embedded devices for HD from other Apple suppliers such as Broadcom! 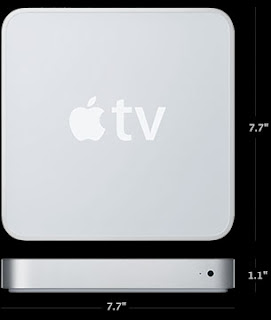