Royalty-free version of I3C for mass roll out

The MIPI Alliance has released the first version of I3C Basic v1.0, a subset of the MIPI I3C specification that bundles the most commonly needed I3C features for developers and other standards organisations and is available without membership or royalties. 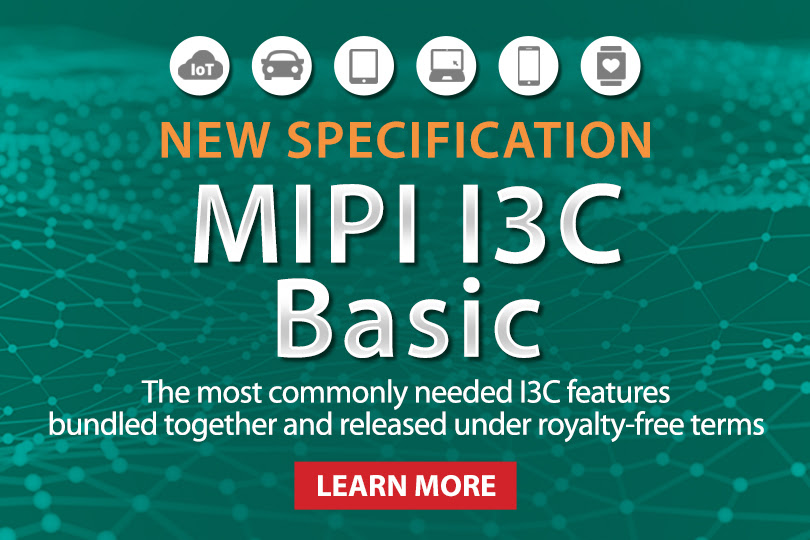 Released in January 2017, MIPI I3C v1.0 streamlines and advances interface technologies for connecting processors, sensors and many other devices that had previously used I2C (Inter-Integrated Circuit), the de facto standard for over the last 35 years.
MIPI I3C Basic v1.0 provides 20 key features from MIPI I3C, including backward compatibility with I2C, a multi-drop bus that, at 12.5 MHz, is over 12 times faster than I2C supports while using significantly less power and in-band interrupts to allow slaves to notify masters of interrupts, a design that eliminates the need for a separate general-purpose input/output (GPIO) for each slave and thus reduces system cost and complexity.

“We have seen tremendous interest in I3C from the mobile ecosystem. Now, with I3C Basic, the broader developer community can immediately and efficiently begin using these capabilities as an alternative to I2C,” said Joel Huloux, chairman of MIPI Alliance. ”In addition, we are already working with several standards organizations to integrate I3C Basic into their specifications. We believe it provides tremendous value to mobile and many other industries in multiple ways. For example, as the IoT market expands, it will serve a growing need to transfer data collected from a wide range of mechanical, environmental, biometric and health sensors.”

MIPI I3C Basic is available for implementation royalty-free without MIPI membership. Companies interested in implementing additional functionality (e.g., timing control, HDR Double Data Rate Mode) offered with MIPI I3C v1.0 may join MIPI Alliance for access to the specification and member IPR licensing, and to participate in specification development activities, interoperability workshops and other events.
“MIPI I3C has been a springboard for innovation within MIPI, as its capabilities have been integrated into multiple new specifications,” said Ken Foust, chair, MIPI I3C Basic Ad Hoc Working Group. ”With this broader release it can now serve as a catalyst for innovation in industries well beyond mobile, allowing them to openly adopt and embrace the advantages that I3C offers over I2C.”