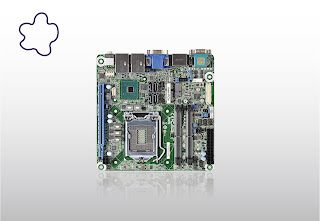 With four independent video outputs, the WADE-8211 also includes Intel's Turbo Boost Technology for faster processing, vPro Technology for remote configuration and Hyper-threading for multithreaded processing. These translate into reduced manageability cost and improved security in industrial automation, medical equipment, transportation and retail systems.
The Q370 Express chipset provides 2x GbE LAN and BIOS configurable PCI Express Lanes and the board is tested for enhanced operating temperature range up to 60°C and 24/7 continuous operation. It supports up to 32GB Non-ECC DDR4 memory up to 2133MHz on two 260-pin SO-DIMM sockets making it faster than its predecessor.

The board can support four types of independent displays, dual DP (Display Port), VGA and 24bit LVDS with greater 3D performance compared to its previous generation and runs with a low TDP CPU of 35W.