Top 15 most admired semiconductor companies in 2010

The “World’s Most Admired Companies” survey debuted in the U.S. in 1983 and began ranking companies worldwide in 1997. Companies are rated by their peers based on nine factors including quality of products or services, quality of management, global competitiveness, and soundness of financial position to name a few.
This year approximately 4,170 top executives, directors, and financial analysts assessed companies in their own industries, and voted on companies being considered for the overall most admired list. A total of 667 companies from 33 countries across 55 industries were surveyed. 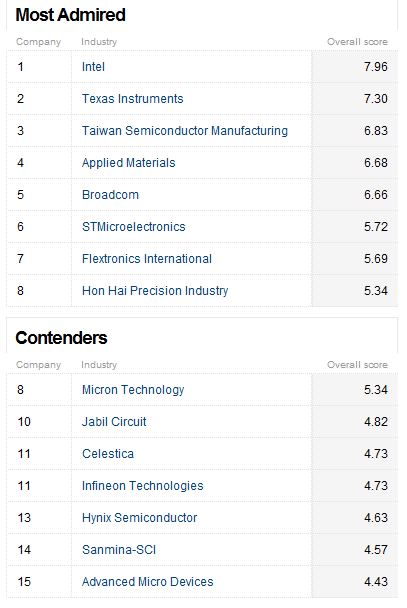