The Embedded blog is over ten years old now and has hit the venerable highlight of 1000 posts (according to Google analytics, although it seems to be closer to 1400 posts having gone back to the start - there's the problem with automation right there). The embedded design market has come on tremendously in that time, with the Internet of Things, and more recently IoT security gaining a significant amount of interest.

Even back in 2010 we were looking at the IoT: Internet of Things Takes a Step Forward,
Electric Cloud tackles variants of embedded software

And at cars being hacked: Researchers hack cars

But we started with The end of plasma and 70in LCD displays back in August 2006. Worth a look! 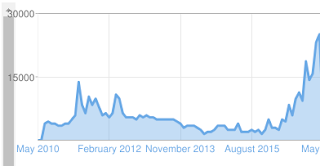