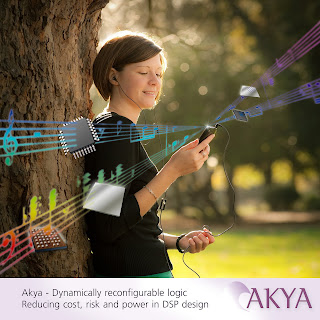 ART2.1 can now run up to twice as fast as its predecessor and will work significantly better with code generated by high-level-language compilers. It also expects to announce its first customer soon.

DRL technology has huge potential advantages over other programmable technologies in terms of power, speed and size, in equipment from portable media players to telecommunications backbones. It makes the design and implementation of reconfigurable chips simpler by separating dataflow circuitry from control logic, and by providing a large, ready-made library of IP building blocks for designers to work with.
more.. Akya launches second generation of reconfigurable technology (UK Technology Startups)