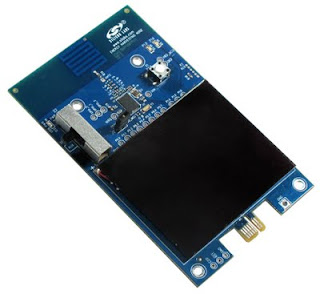 
The thin film battery used in the energy harvesting reference design has a capacity of 0.7 mAh. In direct sunlight, the battery can be recharged fully in only two hours. While in sleep mode, the wireless sensor node will retain a charge for 7,000 hours. If the wireless system is transmitting continuously, it will operate non-stop for about three hours, although it is designed to constantly recharge itself at an appropriate level to keep the thin-film battery from completely discharging.
The market for energy harvesting devices is poised to grow exponentially this decade. IDTechEx forecasts that more than ten billion energy harvesting devices will ship by 2019 - a 20x increase over the roughly 500 million units that shipped in 2009. Although systems powered by harvested energy sources have existed for many years, developers have been challenged to implement wireless sensor nodes within very low power budgets. Energy harvesting simplifies these applications by eliminating the inconvenience of replacing batteries in inaccessible locations, while also reducing the quantity of depleted batteries for recycling or dumped in landfills.
"As part of our global commitment to green technology, Silicon Labs has advanced the use of energy harvesting technology to free wireless networking systems from the cost, inconvenience and negative environmental impact of conventional batteries," said Mark Thompson, vice president of Silicon Labs' Embedded Mixed-Signal products. "By combining ultra-low-power wireless MCU technology with a state-of-the-art energy harvesting system, Silicon Labs has delivered the industry's most energy-efficient, self-sustaining wireless networking solution."
Silicon Labs' energy harvesting reference design accommodates a wide range of harvested energy sources. An on-board bypass connector gives developers the flexibility to bypass the solar cell and tap other energy harvesting sources such as vibration (piezoelectric), thermal and RF.