The RM1000 uses Bluetooth Low energy (BLE) and Wi-Fi architecture techniques and an ARM M0 core to reduce the power consumption and cost of cellular IoT modules and nodes by half, says the company, although power figures and duty cycles are not yet available. 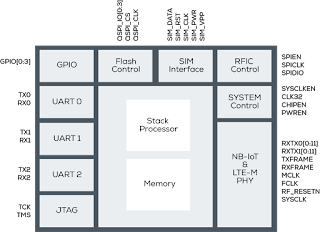 To develop the RM1000, Riot Micro assembled a team of engineers with extensive expertise in Bluetooth, Wi-Fi and LTE design to create an LTE PHY and L2/L3 protocol stack specifically optimised for 3GPP release 13 requirements for Cat-NB1 NBIoT and Cat-M1 eMTC. It had previously been developing LTE IP for licensing.

“Riot Micro’s innovative approach, leveraging proven design techniques from BLE and Wi-Fi into the world of LTE, will drive down system cost and power. We want to enable cellular IoT mass deployment. That will require the cost and energy needs driven to similar levels as BLE, and our approach gets us there,” said Peter Wong, CEO of Riot Micro. “Lead customers and partners have confirmed that we offer the only viable NB-IoT platform to enable the price points and battery life required for mass deployment of IoT applications.”