The same machine learning technology used for facial recognition systems could help improve prediction of hailstorms and their severity, according to a new study from the National Centre for Atmospheric Research (NCAR) in the US.

Instead of zeroing in on the features of an individual face, scientists trained a convolutional neural network (CNN) to recognise features of individual storms that affect the formation of hail and how large the hailstones will be, both of which are notoriously difficult to predict.

The results, published in the American Meteorological Society's Monthly Weather Review, highlight the importance of taking into account a storm's entire structure, which has been hard to do with existing hail-forecasting techniques. 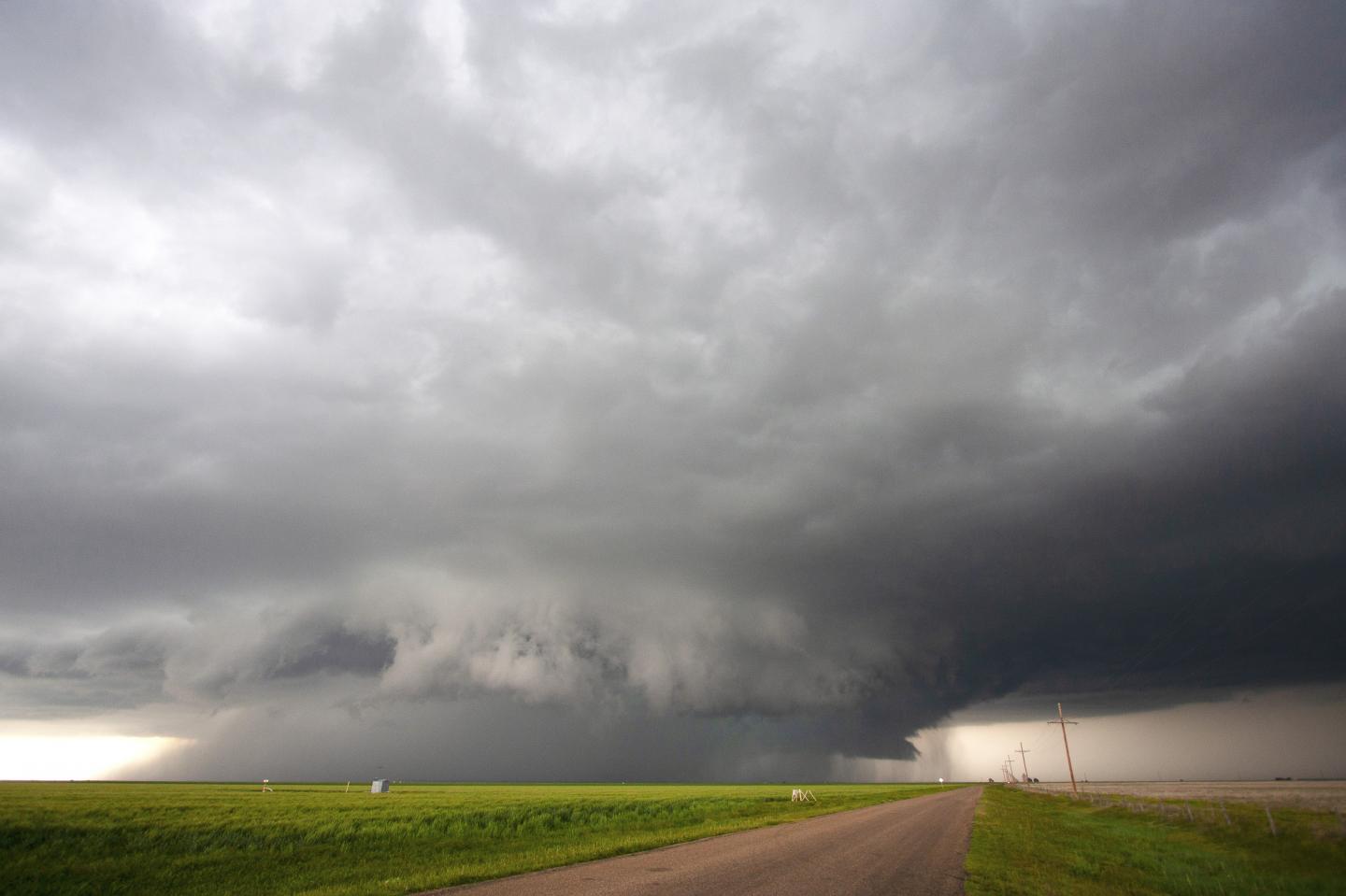 THE SHAPE OF A SEVERE STORM, SUCH AS THIS ONE, IS AN IMPORTANT FACTOR IN WHETHER THE STORM PRODUCES HAIL AND HOW LARGE THE HAILSTONES ARE, BUT CURRENT HAIL-PREDICTION TECHNIQUES CREDIT: ©UCAR. IMAGE: CARLYE CALVIN

"We know that the structure of a storm affects whether the storm can produce hail," said NCAR scientist David John Gagne, who led the research team. "A supercell is more likely to produce hail than a squall line, for example. But most hail forecasting methods just look at a small slice of the storm and can't distinguish the broader form and structure."

"Hail - particularly large hail - can have significant economic impacts on agriculture and property," said Nick Anderson, an NSF program officer. "Using these deep learning tools in unique ways will provide additional insight into the conditions that favour large hail, improving model predictions. This is a creative, and very useful, merger of scientific disciplines."

Whether or not a storm produces hail hinges on myriad meteorological factors. The air needs to be humid close to the land surface, but dry higher up. The freezing level within the cloud needs to be relatively low to the ground. Strong updrafts that keep the hail aloft long enough to grow larger are essential. Changes in wind direction and speed at different heights within the storm also seem to play a role

But even when all these criteria are met, the size of the hailstones produced can vary remarkably, depending on the path the hailstones travel through the storm and the conditions along that path. That's where storm structure comes into play.

"The shape of the storm is really important," said Gagne. "In the past we have tended to focus on single points in a storm or vertical profiles, but the horizontal structure is also really important."

Current computer models are limited in what they can look at because of the mathematical complexity it takes to represent the physical properties of an entire storm. Machine learning offers a possible solution because it bypasses the need for a model that actually solves all the complicated storm physics. Instead, the machine learning neural network is able to ingest large amounts of data, search for patterns, and teach itself which storm features are crucial to key off of to accurately predict hail.

For the new study, Gagne trained the model using images of simulated storms, along with information about temperature, pressure, wind speed, and direction as inputs and simulations of hail resulting from those conditions as outputs. The weather simulations were created using the NCAR-based Weather Research and Forecasting model (WRF).

The machine learning model then figured out which features of the storm are correlated with whether or not it hails and how big the hailstones are. After the model was trained and then demonstrated that it could make successful predictions, Gagne took a look to see which aspects of the storm the model's neural network thought were the most important. He used a technique that essentially ran the model backwards to pinpoint the combination of storm characteristics that would need to come together to give the highest probability of severe hail.

In general, the model confirmed those storm features that have previously been linked to hail, Gagne said. For example, storms that have lower-than-average pressure near the surface and higher-than-average pressure near the storm top (a combination that creates strong updrafts) are more likely to produce severe hail. So too are storms with winds blowing from the southeast near the surface and from the west at the top. Storms with a more circular shape are also most likely to produce hail.

The next step is to also begin testing it using storm observations and radar-estimated hail, with the goal of transitioning this model into operational use as well. Gagne is collaborating with researchers at the University of Oklahoma on this project.

"I think this new method has a lot of promise to help forecasters better predict a weather phenomenon capable of causing severe damage," he said. "We are excited to continue testing and refining the model with observations of real storms."