SenRa and Senet team for Indian LPWAN IoT roll out 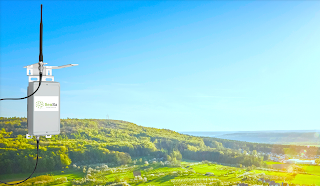 US low-power wide-area network (LPWAN) provider is working with SenRa Tech to roll out Internet of Things (IoT) capability across the as-yet untapped India.

SenRa is using Senet’s cloud-based Managed Network Services for IoT (MNSI) to deploy LoRaWAN LPWAN services on its local wireless nodes, supervise the network infrastructure, manage connectivity and control roles and access rights. This is allowing SenRa to accelerate the rollout of its IoT and Machine-to-Machine (M2M) network services for customers providing solutions in industries such as water metering and management, agriculture, building infrastructure and smart cities.

Analysts project the IoT market in India to grow at almost 30 percent per year and reach $15bn by 2020.

“Senet’s experience in scaling and managing LPWANs made selecting their Managed Network Services an easy choice,” said Ali Hosseini, Chief Executive Officer of SenRa, which also works with Belgian wireless node provider Smartends. “India aims to capture a 20 percent share of a global 300 billion dollar IoT market opportunity in another five years. The best way for us to support this growth is by partnering with market leaders and technology innovators like Senet who are proven capable of meeting the diverse challenges emerging in the M2M and IoT space.”

Senet announced its Managed Network Services for IoT last week as part of its strategy to use its experience of running the largest LoRa IoT network in North America with its billing software to take advantage of IoT opportunities.

Senet’s MNSI solution also can be used to partner with application providers who have built public or private LoRa-based networks, who would rather focus on their core application business instead of managing a network. This allows communication firms and application providers anywhere in the world to easily and completely deploy LoRaWAN IoT services on their existing infrastructure or Senet’s public network.

“Senet is excited to be working with SenRa to meet the exploding demand for IoT solutions in India,” said Bruce Chatterley, CEO & President at Senet. “Senet’s Managed Network Services for IoT enables forward thinking companies like SenRa to deploy highly-secure and scalable LoRaWANs under their own brand with minimum time-to-market and the lowest possible capital expenditure and cost of ownership structure.”

SenRa’s LoRaWAN roll out is currently underway and both companies are part of the evolution of the LoRaWAN ecosystem through the LoRa Alliance, which now has over 500 members.