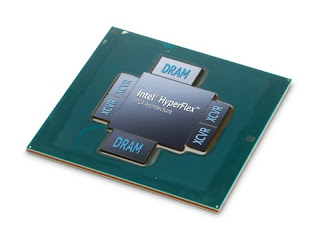 HBM2 was accepted by JEDEC in January 2016 and supports two 128-bit channels per die for a total of 8 channels and a width of 1024 bits in total. It specifies up to eight dies per stack and doubles pin transfer rates up to 2GT/s. This provides 256 GB/s memory bandwidth per package from up to 8 GB per package.

The Intel Stratix 10 MX FPGA family provides a maximum memory bandwidth of 512Gbyte/s with the integrated HBM2. HBM2 vertically stacks DRAM layers using silicon via (TSV) technology that sit on a base layer that connects to the FPGA using high density micro bumps. This uses Intel’s Embedded Multi-Die Interconnect Bridge (EMIB) that speeds communication between FPGA fabric and the DRAM to link the HBM2 die to the monolithic FPGA fabric, solving the memory bandwidth bottleneck in a power-efficient manner.

A third generation,  HBM3, has been specified but is not expected to come to market until 2020.