Dev Boards and Open-Source Software for protoyping and teaching


Digilent has launched a development board for the popular open source Arduino microcontroller technology based around a 32bit chip from Microchip, reducing the cost of the boards and the end system.
This will open up more opportunities for prototyping, teaching in universities and hobbyists as well as other non-electronics applications. The recent USB typewriter (below), for example, was based on the Arduino platform. 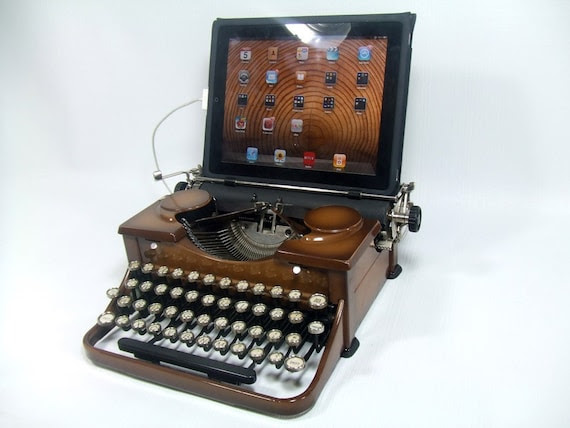 Designed and manufactured by Digilent, the chipKIT platform enables hobbyists and academics to easily and cheaply integrate electronics into their projects, even if they do not have an electronic-engineering background. The platform consists of two PIC32-based development boards and open-source software that is compatible with the Arduino programming language and development environment, thanks to the work done by Mark Sproul and Rick Anderson through Fair Use Building and Research Labs.
A key point is that the 32bit chipKIT hardware is compatible with existing 3.3V Arduino shields and applications, and can be developed using a modified version of the Arduino IDE and existing Arduino resources, such as code examples, libraries, references and tutorials. This means existing code can be easily dropped into the development system, with boards at $27 and $50.
Video: http://www.microchip.com/get/D268.

The chipKIT boards use a PIC32 MIPS M4K processor running at 80MHz with up to 512KB Flash and 128KB RAM, as well as Ethernet, CAN, and USB (Full-Speed Host, Device and OTG); plus peripherals such as multiple timers, a 16-channel 1 MSPS Analogue-to-Digital Converter (ADC), two comparators, and multiple I2C, SPI, and UART interfaces.
At the same time the Arduino programming environment has been modified and extended so that it supports the PIC32-based chipKIT boards, as well as traditional Arduino boards. The Arduino standard libraries have been also been modified to support chipKIT boards and traditional Arduino boards. All of this work has been contributed back to the open-source Arduino community. Aside from a small number of shields that require 5V operation, many existing Arduino hardware and software sketches are compatible with the chipKIT platform, without modification.
“Students, educators and hobbyists, with or without electronic-engineering backgrounds, are looking for inexpensive solutions that will enable them to easily integrate electronics into their projects,” said Derek Carlson, Microchip’s vice president of Development Systems. “The chipKIT boards and software meet these needs, providing far more features, performance and functionality than any other Arduino solution on the market, at a low cost.”
“The chipKIT platform is the first and only 32-bit solution of its kind in the industry,” said Clint Cole, president of Digilent. "Academics and hobbyists can plug the boards into their design, download the open-source software and have their project up and running in minutes.”
The chipKIT Uno32 (part # TDGL002) development board is a clone of the Arduino Uno board, and features 128 KB Flash program memory and 16 KB RAM, with two each of the I2C, SPI and UART peripherals. This board is priced at $26.95 each.
A clone of the Arduino Mega board, the chipKIT Max32 (part # TDGL003) development board features 512 KB Flash program memory and 128 KB RAM, with USB, CAN and Ethernet communication, as well as 5 each I2C, 4 each SPI, and 6 each UART peripherals. The chipKIT Max32 board is priced at $49.50 each. Both chipKIT boards can be ordered today, at http://www.microchip.com/get/TDD2. Additionally, the open-source software for both boards is available today at http://www.microchip.com/get/TDD2. chipKIT Network and I/O Shields are expected to be available in June 2011.