Building a WiFi product is no longer enough for embedded systems developers, as highlighted by today's deal between Ericsson and Chelsea Football Club’s home stadium in London. 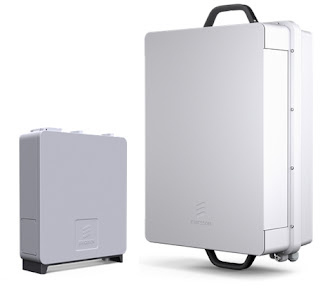 Free Wi-Fi coverage across Stamford Bridge will be provided via a 'Small Cell as a Service' where Ericsson designs, builds and operates the network, including designing and building its own WiFi devices. Offering the network as a service can help to offset the higher costs of the chip development.

Many fans used their smartphones to share photos and videos via social media, often stretching cellular networks to the limit. So Ericsson will design, build and operate a carrier-grade Wi-Fi access network and then manage it on Chelsea FC’s behalf.

In 2015, Legia Warsaw became the first football club in Europe to sign a Small Cell as a Service contract with Ericsson. In 2016, Ericsson became the connectivity partner for the Ricoh Arena stadium in Coventry, England, home to Aviva Premiership rugby team Wasps and Wasps Netball.

However, this leads to more fundamental challenges for system developers. Installing a series of small cells around a stadium is the first step, but then there are wider embedded networking issues.

The £1.8m project see the NetOS software deployed throughout the stadium to connect tens of thousands of devices including mobile phones; cash tills; turnstiles; display screens; HVAC; sensors and building management systems, all with software that is easy to set up, monitor and reconfigure in real time. Zeetta will also develop a programmable platform for new services by extracting data analytics from the network for new software apps.

“Stadia and other large venues, across the UK and beyond, are challenged by their consumer need for more data and faster response time particularly as they scale up their activities into new business areas,” said Vassilis Seferidis, CEO of Zeetta Networks. “This first-of-a-kind deployment forms a key part of our business plan by demonstrating our technological capabilities and the resulting commercial benefits for our customers.”

“We’ve been working with Zeetta Networks for the last 12 months and it is exciting to see the potential uses of this system unfold,” said Martin Griffiths, chairman of Ashton Gate. “Sports stadia across the globe struggle with connectivity and real-time evaluation of data. I believe we are just scratching the surface of what this NetOS platform can deliver and look forward to seeing its implementation over the coming year. Using Ashton Gate Stadium as a live test lab I’m confident that we will be able to drive greater fan engagement along with significant returns to our businesses.”