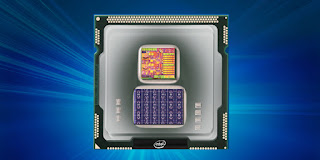 In a world full of machine learning as artificial intelligence, Intel has developed a test chip using a different approach.

The Loihi test chip mimics how the brain functions by learning to operate based on various modes of feedback from the environment. It is built on a 14nm process with a network of cores that emulate a total of 130,000 neurons and 130 million connections or synapses.

This makes the chip highly energy efficient as it uses the data to learn and make inferences, gets smarter over time and does not need to be trained in the traditional way. This idea of 'asynchronous spiking' that occurs in the brain says Dr. Michael Mayberry at Intel.

The brain’s neural networks relay information with pulses or spikes, modulate the synaptic strengths or weight of the interconnections based on timing of these spikes, and store these changes locally at the interconnections. Intelligent behaviours emerge from the cooperative and competitive interactions between multiple regions within the brain’s neural networks and its environment.

The Intel Loihi test chip offers highly flexible on-chip learning and combines training and inference on a single chip. This allows machines to be autonomous and to adapt in real time instead of waiting for the next update from the cloud. Researchers have demonstrated learning at a rate that is a 1 million times improvement compared with other typical spiking neural nets as measured by total operations to achieve a given accuracy when solving MNIST digit recognition problems. Compared to technologies such as convolutional neural networks and deep learning neural networks, the Intel Loihi test chip uses many fewer resources on the same task.

The chip will be shared with university and research institutions with a focus on AI in the first half of next year as Intel sees more architectures and methods – like Loihi or Graphcore's chip – will continue emerging that raise the bar for AI.

It has a fully asynchronous 'many core' mesh that supports a wide range of sparse, hierarchical and recurrent neural network topologies with each neuron capable of communicating with thousands of other neurons. Each core includes a learning engine that can be programmed to adapt network parameters during operation, supporting supervised, unsupervised, reinforcement and other learning paradigms.
Inlet sees this being combined with the traditional machine learning in its Nervana product line and the Movidius Neural Compute Stick as an example of a 1W deployment of previously trained models.