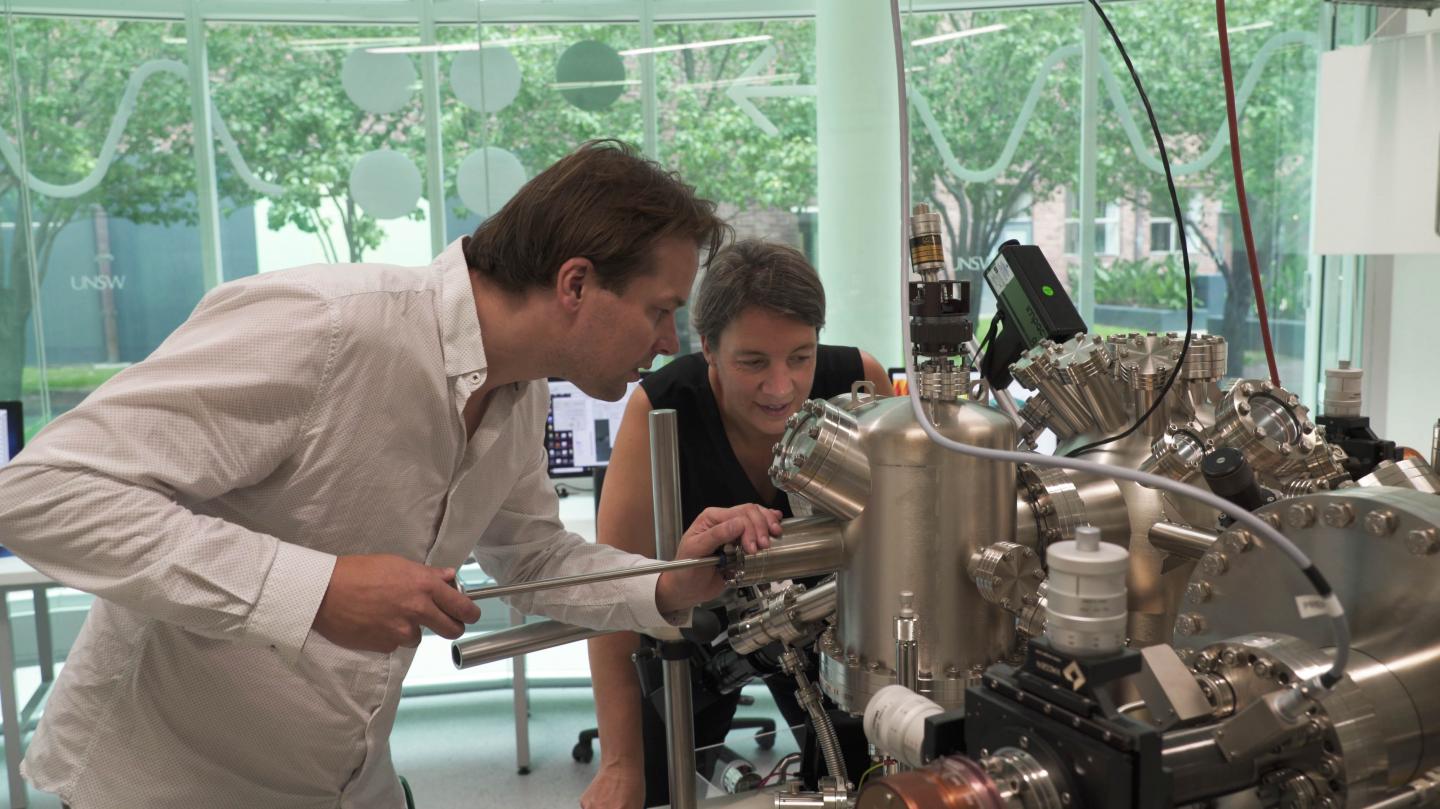 Researchers in Australia have shown for the first time that they can build atomic precision qubits in a 3D device - another major step towards a universal quantum computer.

The team of researchers, led by Professor Michelle Simmons, director of the Centre of Excellence for Quantum Computation and Communication Technology (CQC2T) at the University of New South Wales, have demonstrated that they can extend their atomic qubit fabrication technique to multiple layers of a silicon crystal - achieving a critical component of the 3D chip architecture that they showed in 2015.

The group is the first to demonstrate the feasibility of an architecture that uses atomic-scale qubits aligned to control lines - which are essentially very narrow wires - inside a 3D design.

The team was also able to align the different layers in their 3D device with nanometer precision - and showed they could read out qubit states single shot, i.e. within one single measurement, with very high fidelity.

"This 3D device architecture is a significant advancement for atomic qubits in silicon," says Professor Simmons. "To be able to constantly correct for errors in quantum calculations - an important milestone in our field - you have to be able to control many qubits in parallel.

"The only way to do this is to use a 3D architecture, so in 2015 we developed and patented a vertical crisscross architecture. However, there were still a series of challenges related to the fabrication of this multi-layered device. With this result we have now shown that engineering our approach in 3D is possible in the way we envisioned it a few years ago."

Now the team has demonstrated how to build a second control plane or layer on top of the first layer of qubits.

"It's a highly complicated process, but in very simple terms, we built the first plane, and then optimised a technique to grow the second layer without impacting the structures in first layer," said CQC2T researcher Dr Joris Keizer.

"In the past, critics would say that that's not possible because the surface of the second layer gets very rough, and you wouldn't be able to use our precision technique anymore - however we have shown that we can do it, contrary to expectations."

The team also demonstrated that they can then align these multiple layers with nanometer precision.

"If you write something on the first silicon layer and then put a silicon layer on top, you still need to identify your location to align components on both layers. We have shown a technique that can achieve alignment within under 5 nanometers, which is quite extraordinary," said Dr Keizer.

The researchers were also able to measure the qubit output of the 3D device with what's called single shot - i.e. with one single, accurate measurement, rather than having to rely on averaging out millions of experiments. "This will further help us scale up faster," Dr Keizer explains.

"We are working systematically towards a large-scale architecture that will lead us to the eventual commercialisation of the technology," said Prof Simmons.

"While we are still at least a decade away from a large-scale quantum computer, the work of CQC2T remains at the forefront of innovation in this space. Concrete results such as these reaffirm our strong position internationally," she said.