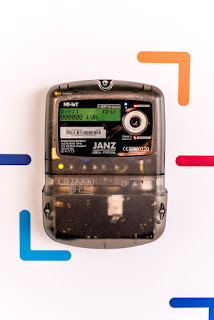 NB-IoT offers a battery life of up to 10 years, a gain of 20dB over conventional GSM networks and support more than 100,000 connections per cell. This helps with the automatic detection of failures, improving the time needed to restore service and quicker detection of problems so that teams can be allocated immediately and precisely on the ground for the problem to be resolved rapidly;
The Parque das Nações area in Lisbon was chosen by EDP Distribuição to pilot the project among around 100 customers, until the end this year. This cluster of the city is already covered by NB-IoT and has been equipped with two NOS base stations, which provide NB-IoT coverage. Intelligent energy management in the homes of these customers, who will also play an active role in helping to improve their energy consumption efficiency, represents a relevant practical example for this technology.

“We are really proud of NOS’ involvement in this innovative project, which will make a real difference in making electricity consumption more efficient in Portuguese homes in the near future. Working with long term partners, such as Huawei, and with new companies with a vision of the future, is always a guarantee of success and will strengthen the competitive position of NOS,” said Manuel Ramalho Eanes, board director of NOS.

"We strongly believe that this technology will be the driver for mass adoption of IoT due to its unique advantages," said aid Chris Lu, CEO of Huawei Portugal. "Huawei is also contributing towards faster development of the E2E ecosystem, by deploying several labs around the world focused on the integration of NB-IoT technology in a variety of devices. We are proud to participate in this first successful NB-IoT Electricity Smart Meter project with our partners NOS, EDP Distribuição, JANZ CE and u-blox, and we renew our commitment to continuing partnerships of this kind to develop the maturity of the NB-IoT ecosystem in Portugal.”